Update: Still in Limbo, the CDP and the CDPPC 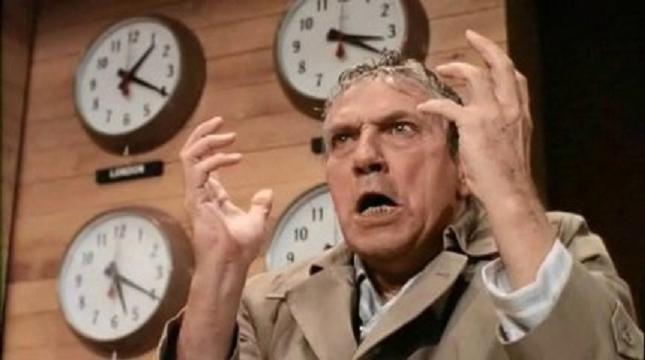 More sleuthing around has produced some interesting though not conclusive information regarding the flap in the California Democratic Party over their uppity Progressive Caucus and the resolution to explore primarying Obama.

I'm not necessarily a quick study about these things -- I chose to step back, way back, from party politics after Howard Dean was elected chair of the Democratic National Committee -- but I do try to study enough to keep up appearances.

I learned some things just the other day, and some today as well, regarding the Players in this psycho-drama. Such as the fact that David Atkins is not just sub-chair of the Ventura County Democratic Central Committee -- which everyone knows -- but he is also a member of the Progressive Caucus of the California Democratic Party, AND he is a member of the executive board of said Party and he has therefore been involved in this brou-ha-hah from the get go. And he doesn't want to talk about it and he doesn't want anybody else to talk about it, either. Rather, he claims that the resolution passed by the CDPPC was "stupid," there's no point in even mentioning primarying Obama, and he believes the Progressive Caucus will be recertified by the executive board in November, despite their stupidity.

This comes from an exchange he had with Seneca Doane over at dKos on Monday. I read SD's lengthy post about the matter, but I didn't look at the comments, so I missed the exchange until recently.

Seneca: Feel free to take issue with me as strongly as you'd like; that's politics. But don't even try to silence me; I can write this sort of diary as many times as I think I need to. Dissent will be heard. Some of you may not get it, but victory depends on it.

Spoon:the prog caucus will almost certainly
be recertified. Tabling the recertification prevented a floor fight at this latest e-board meeting until cooler heads could prevail.

of 200 people when this came up. The leader of the African-American Caucus--who happens to have run for state senate in a district that is partly in my county where I'm 1st vice chair and state e-board rep--made a motion to decertify. Given the sentiments in the room, that motion might just have passed.

I'm a member of the Progressive Caucus, though I wasn't present for the vote on the resolution in question.

But keep in mind that a big portion of the base, especially the African-American base, has great love for the President and takes strong offense at these kinds of maneuvers.

By tabling the motion, CA dem leaders probably saved the caucus from decertification until peace could be made.


Seneca: What consequences has the leader of that caucus

(whom I've taken pains not to identify, but let's presume you're right) faced for that action? (Let's not count whatever I've stirred up with this diary out in cyberspace.) So far as I know: none. The attempt to chill speech has, so far, worked.

Whatever the sentiment in that room, the responsibility of the voting members of the E-Board was to stand up to them, right then, right there. I understand why party leaders negotiated a delay in the vote. But let's not pretend that that was primarily to the benefit of the Progressive Caucus; it was to the benefit of the Party. Karen Bernal should be thanked by the Party for accepting some humiliation on the part of the Progressive Caucus to save the Party from doing something extremely foolish. Frankly, in her place, I might well have taken the decertification and the headlines, because what happened was outrageous.

Had the E-Board gone ahead and decertified under pressure, they would have had to spend the subsequent three months cleaning egg off of their face -- rather than this diary being the first that most people here had heard about it -- and the Progressive Caucus would have been recertified in November anyway.

With great and deserved respect to the African-American base of the party, they are simply not entitled to shout down a primary challenge, period.


Seneca: As I state in the diary, I am not in the [Progressive] Caucus

and I didn't discuss this diary with anyone representing it.

To me, the damage is done. It's not about the Progressive Caucus gaining recertification, it's about E-Board members not realizing that they should not have allowed this shot along the Caucus's bow to be so successful to begin with.

I've spoken to small groups about my own take on "how to primary Obama in the least damaging way possible," as well as posting here, but it's not an idea that belongs to any organization at this point. I will continue to push it though, largely because if we don't have this sort of challenge I think we'll see a worse one.


Spoon: if the motion had gone to the floor it

might have passed. and if it hadn't passed, you'd have almost half the e-board going home furious.

Tabling was the right thing to do.

Seneca: And half the E-Board going home furious

at being stymied in their effort to suppress any hint of dissent is a bad thing why?


Spoon: because it would be an official

sign of disrespect to the Democratic President and the first african-american president. it's important not to get too caught up in the obama wars and take a broader perspective sometimes.


Seneca: So tell me this:

Would someone actually running against Obama in 2012 be -- or let's say "have been" -- a "sign of disrespect to the Democratic President"? Is his being African-American the thing that protects him from facing the sort of challenge that Johnson and Humphrey did, or Carter? What's the reasoning here?

Tell me further: if some serious candidate had run against Obama, would it be the responsibility of the CDP E-Board, out of "respect to the Democratic President and the first African-American President," to do what it could to hamper such a challenge? What is your current position on intra-party dissent?

If you'd prefer to take this discussion to e-mail -- and I would, were I you -- you know how to reach me.

member. i was there. you can just ask me.


Just Bob: Have you put up a diary?

Or would you rather elaborate here?


Spoon: no, i really don't want to give it

more attention. the prog caucus shouldn't have made the resolution. a primary challenge is a dumb idea, always has been.

they should have known a move to decertify would follow.

when it did, the cdp e-board did the right thing to have everyone chill out rather than risk a close vote that would likely have decertified the caucus. the votes were there to do it.

And I find it refreshing that you admit you stand on the side of blind allegiance to power. Well played, sir.

"Blind cheerleading of the president will create jobs and get him to stop droning on and on about deficits no one cares about to the point that his numbers have tanked among independents?" -kos


Just Bob: Thank you for your reply, but

I can't say I'm not disappointed in your position and the Democrat Party of California.

One of the few remaining reasons I'm still a Democrat is that Florida has closed primaries and I want to vote for a progressive Democratic candidate.


Seneca: I didn't know that you were E-Board

I thought that your brother was. Please do weigh in further if you wish.


Spoon: i was elected as the male ventura rep

Meanwhile Karen Bernal is continuing to give interviews about this, and more and more people are expressing just how fed up they are with the continuing Hooverite policies of the White House -- not to mention the continuation of the Bush foreign and domestic "security" policies -- and nobody is planning to shut up about it. Even though it appears that Spoon and/or Digby have no intention of writing about it at Hullabaloo, and have been using their ban-hammers to ensure that there is no mention of it in comments. (Along with all the other unmentionables...)

Meanwhile, Karen Bernal was interviewed by the Black Agenda Report, and I'm posting a link to the whole radio broadcast because there is mention of the confrontation between Maxine Waters and a loud and very very unhappy-with-Obama largely black audience, and Karen points out in her interview that the African-American Caucus objection to the Progressive Caucus recertification was not all it's been cracked up to be, and that the DNC has had something to do with what's going on.

This may all seem like Inside Baseball internal Democratic Party squabbling, but I think it is really important for the future of the Party and for the country.

Realistically, Obama is in the political fight of his life. His approval is tanking, and more and more Progressive Dems (regardless of color) are speaking up and speaking out about how barely distinguishable he is from a Republican in the White House, and how they are fed up with being dissed and kicked around by the White House and the DNC. While I don't really think the California Democratic Party is going to split over this matter, it's a matter of consciousness raising and standing up for yourself and your values in the face of what appear to be anti-democratic forces in the Party itself, led by Team Obama.

What do you do under those circumstances? If you are a stalwart Dem (called a Yellow Dog) you've either got to continue fighting from within -- and making a stink about it -- or give up and go somewhere else.

Seneca seems to understand at least the outlines of that story -- and certainly sees it happening in the case of the Progressive Caucus certification struggle; regardless of whether they are eventually recertified, they have been told in no uncertain way that they are not appreciated. There will be blowback.

But David acts like he either has no idea of any of this, or if he does have an idea about it, he doesn't want to talk about it and he doesn't want anybody else to either. It is not a matter for public scrutiny.

I think it is. Enough is enough. Of course given my current immersion in the Russian Revolutionary period, I may be a bit biased!

[PS: unlike some of the players in this psycho drama, I have been in touch with Karen Bernal regarding this issue.]
Posted by Ché Pasa at 4:43 PM