What WikiLeaks' American Media Partner Has Done With the Documents 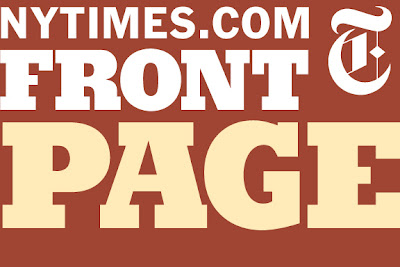 During the past week, I've been in some fairly contentious argument over at Glenn's Place regarding the nature of Julian Assange's relationship with the New York Times, his American business partner in the publication and interpretation of the leaked American military field reports concerning both Iraq and Afghanistan.

I've been uneasy about WikiLeaks, Julian, and the intense amount of hype surrounding the leaks that have been published by the Times (and a number of other outlets in other countries.)

My unease has to do, in part, with the fact that Julian has partnered with the New York Times, the leading American media cheerleader for war and empire. The Times, indeed, has been running interference for Julian and WikiLeaks. A very odd situation to say the least.

The excuse for this business partnership that I hear all the time is that the Times' circulation guarantees the widest distribution of the field reports in this country, and it was a perfectly acceptable decision by Julian to partner with them. It's self evident.

Except it isn't. The Times' circulation guarantees that their interpretation of the documents will be widely disseminated and will become (has already become) the Standard Narrative in this country regarding what's in the documents. That, to me, is the most obvious upshot of this strange partnership. Yet it is apparently a completely new thought to many who encounter it, and it is very difficult for them to accept.

The public for the most part won't read the documents themselves. I've given it a shot with what WikiLeaks has posted, and it's a hard slog. For their part, the Times hasn't actually published the documents themselves; they've selected some of them to highlight and interpret, but you have to go to WikiLeaks or one of the overseas sites to get the full doc dump. And enormous volume of these reports, numbering in the hundreds of thousands, guarantees that no one (sane) is going to read them all. Not gonna happen.

What has happened, though, is that the New York Times, being the sole US media partner for WikiLeaks, has determined what is and is not important to know from these reports and has focused its coverage there. And their coverage has formed the basis of the coverage by all other American media. For most of them, the New York Times interpretation of the documents is the Standard Narrative.

These are the headlines of the stories the Times has printed on the Iraq War Logs: